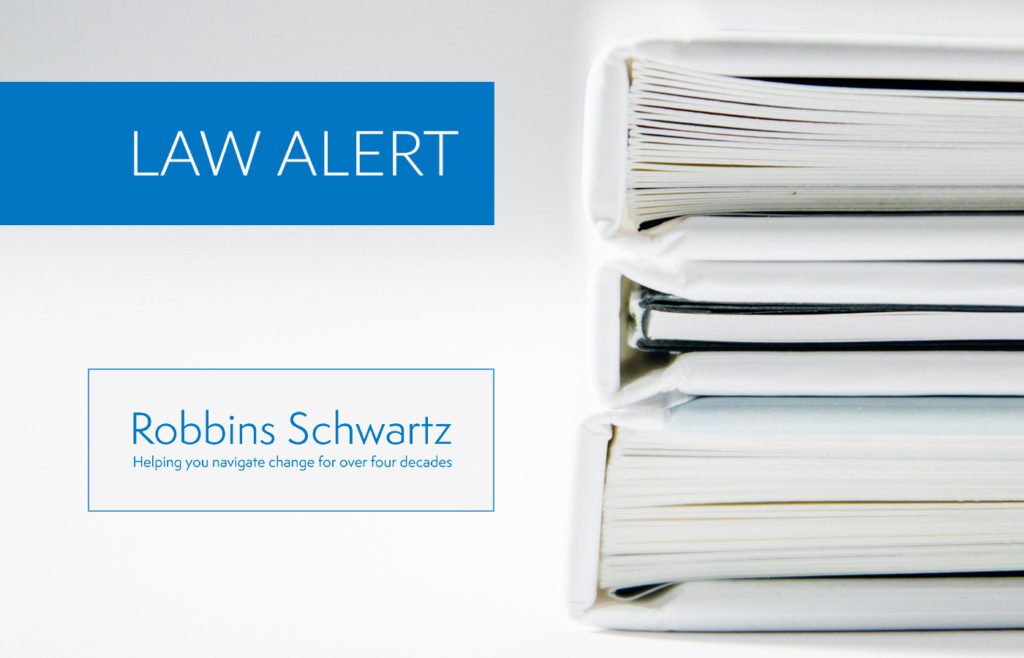 In evaluating the delicate balance between employers’ and employees’ rights under the Americans with Disabilities Act (“ADA”), the Seventh Circuit Court of Appeals (“Seventh Circuit”) handed down an opinion on May 4, 2017, Brown v. Milwaukee Board of School Directors, which suggests that employers who practice strong communication and exercise good judgment in responding to workplace restrictions and accommodation requests will not be held liable under the ADA.

Sherlyn Brown (“Brown”) was an assistant principal for Milwaukee Public Schools (“Milwaukee Schools”) who injured her knee while restraining a student.  After her surgery, Milwaukee Schools received information from Brown’s physician that she could not be “in the vicinity of potentially unruly students” – a permanent restriction that would not be removed for several years.  After determining that almost any student could be deemed “potentially unruly”, Milwaukee Schools informed Brown that she could not continue serving as an assistant principal and would remain on leave while they attempted to find her a new position.

As Brown neared the end of a three-year leave of absence, Brown’s doctor requested a list of her essential functions as an assistant principal.  Milwaukee Schools provided a list and asked for an update on Brown’s restrictions.  In response, her physician explained, in pertinent part, that Brown “should not be put in a position where she is responsible for monitoring and controlling students that may become uncontrollable”.  Having determined that Brown could not perform the essential functions of any available position, and that the only possible position would have constituted a promotion, Milwaukee Schools terminated her employment.

Brown filed suit under the ADA claiming failure to accommodate her disability and unlawful termination.  The trial court granted summary judgment for Milwaukee Schools, and Brown appealed to the Seventh Circuit Court of Appeals.

The Seventh Circuit’s opinion detailed an employer’s obligation under the ADA to make reasonable accommodations for qualified individuals with a disability, emphasizing the importance of engaging in a flexible, interactive process.  In assessing the interactive process in this case, the Seventh Circuit found that Brown did not provide sufficient information to assist the school district in accommodating her broad restriction, stating that “Milwaukee Schools was always clear about its understanding of her restriction, and Brown never challenged that understanding.”

Most significantly, the Seventh Circuit found that, in interpreting Brown’s broad request for accommodation as meaning that she could not be near most students, Milwaukee Schools “repeatedly communicated that understanding to Brown as it tried to accommodate her disability by finding her a new position.”  Further, in its many attempts to seek clarification of Brown’s restrictions, the school district “either did not receive any [clarification] or was again told that she could not be near students.”  In finding that “Milwaukee Schools acted consistently with the restrictions imposed by Brown’s doctors, which said that Brown simply could not work in the vicinity of potentially unruly students”, the Seventh Circuit Court of Appeals affirmed the trial court and determined that Milwaukee Schools could not be held liable under the ADA.

This decision affirms that employers who engage in a thorough interactive process, consistently communicate their understanding of an employee’s work restrictions, and seek clarification in the face of ambiguous or contradictory information are well-positioned to defend a claim under the Americans with Disabilities Act.  This case also underscores the value that courts place on the interactive process and accordingly affirms that employers must be diligent in working with employees under the ADA.  While every case is different and the court’s holding in Brown v. Milwaukee Board of School Directors is notably narrow, we encourage clients to contact their Robbins Schwartz attorney(s) to discuss the potential implications of this decision on their ADA practices.