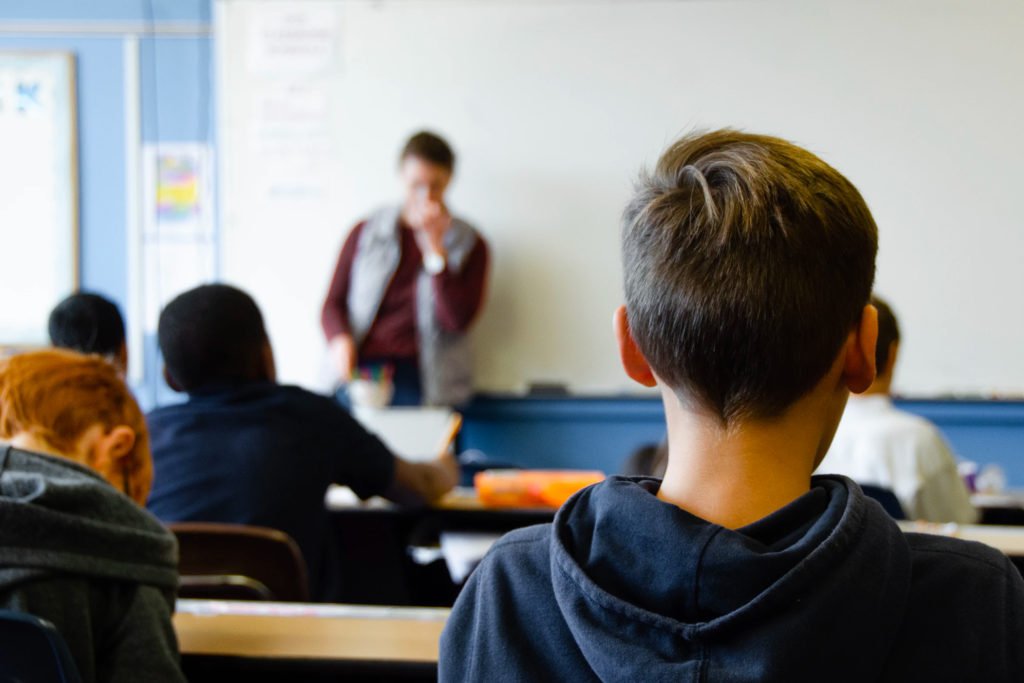 The Illinois Supreme Court this week held that Urbana School District students could pursue their lawsuit against the McLean County School District for providing Urbana with false information about the circumstances of a suspected pedophile teacher’s discharge from employment in that district. Doe-3 v. McLean County Unit District No. 5, Case Nos. 112479 and 112501 (Aug. 9, 2012). Hired by Urbana, the teacher subsequently molested the students.

McLean employed Jon White as a second grade teacher during school years 2002-05. After receiving reports in April 2005 that White had engaged in inappropriate conduct with female students, the McLean district disciplined White, removed him from classroom duties and did not renew his contract. In August 2005, Urbana hired White as a second grade teacher. While employed in Urbana, White sexually abused two of his second grade students. In their ensuing state court lawsuits, plaintiffs Jane Doe-3 and Jane Doe-7, alleged that, in response to an experience verification request from Urbana, McLean administrators provided false information concealing the timing of White’s unusual, mid-year departure from his teaching duties.

The trial court dismissed the complaint against McLean on the grounds that McLean did not owe Urbana students a duty to protect them from harm. The Appellate Court disagreed and reversed. It held that that McLean could be liable to the Urbana students because, in this instance, McLean and its administrators “engaged in intentional egregious conduct while in the course of their employment and that the conduct harmed plaintiffs.” McLean appealed. The Supreme Court affirmed that the Urbana students could pursue their claims against McLean, but cited different grounds than the Appellate Court.

First, the Court agreed that the Urbana students and McLean did not have a “direct” relationship, but nonetheless found that a relationship existed based on factors including (1) the reasonable foreseeability of the injury, (2) the likelihood of the injury, (3) the magnitude of the burden of guarding against the injury, and (4) the consequences of placing the burden on the defendant. The Supreme Court held that McLean’s “act of misstating White’s employment history on the employment verification form sent to Urbana” was the source of their relationship and McLean’s duty to the Urbana students later injured by White. The relationship arose because McLean “created the risk of harm” to the Urbana students “by falsely stating on an employment verification form that White worked for the McLean school district during the entire 2004-05 school year,” when, in fact, he had been forced to leave his job mid-year.

Second, the Supreme Court held that McLean had a duty to the Urbana students not to cause harm. The Court began “with the well-settled proposition that every person owes to all other persons a duty to exercise ordinary care to guard against injury which naturally flows as a reasonably probable and foreseeable consequence of his act.” In looking at the Urbana students’ abuse by White, the Court held that, “[W]e cannot say, as a matter of law, that the[ir] injuries . . . were so bizarre or fantastic as to be unforeseeable. . . By falsely stating that White taught a full school year, when in fact White’s employment ended prior to the end of the school year, [McLean] implied that the severance of White’s employment was routine.” Thus concealed from Urbana, when it hired White, the critical fact that “White’s nonrenewal by McLean was the result of his misconduct.” As a result, the Urbana students’ injuries were foreseeable to the McLean administrators who covered up his mid-year departure from his teaching job.

Third, the Supreme Court determined that the Urbana students’ injuries were a likely result of McLean’s conduct, “A truthful disclosure on the employment verification form could well have been a “red flag” to Urbana to investigate the circumstances of White’s departure from McLean. Had Urbana been made aware of the discrepancy in White’s prior employment with McLean, it is certainly possible that it would have investigated further and either not hired White or fired White before he abused” Urbana students. The Court further observed that, “[W]here a teacher who is known to have abused children is hired in a teaching position at another school, the likelihood that students at the next school will be abused by that teacher is within the realm of reasonable probability.”

Fourth, the Court found that imposing on McLean the burden of guarding against the types of injuries sustained by the Urbana students “would not be great.” The Supreme Court held that, “If defendants undertake to fill out employment forms, they must do so with reasonable care. It is not an undue burden to require an employer to accurately complete an employment form.” The Court also determined that, “it is difficult to see how any adverse consequences could result from imposing such a slight burden on a school district.”

Robbins Schwartz Nicholas Lifton & Taylor strongly advises its clients not to provide false information or positive references about suspected dangerous former employees. This case demonstrates the importance of adhering to this advice by determining that an educational employer that misrepresents facts, even minor facts (such as the date the employment relationship ended), about a possibly dangerous employee, the former employer may be held liable by future victims of the employee in his or her next job, if the subsequently caused injuries are foreseeable.

This Law Alert was prepared by Rachel E. Lutner of the firm’s Chicago office.